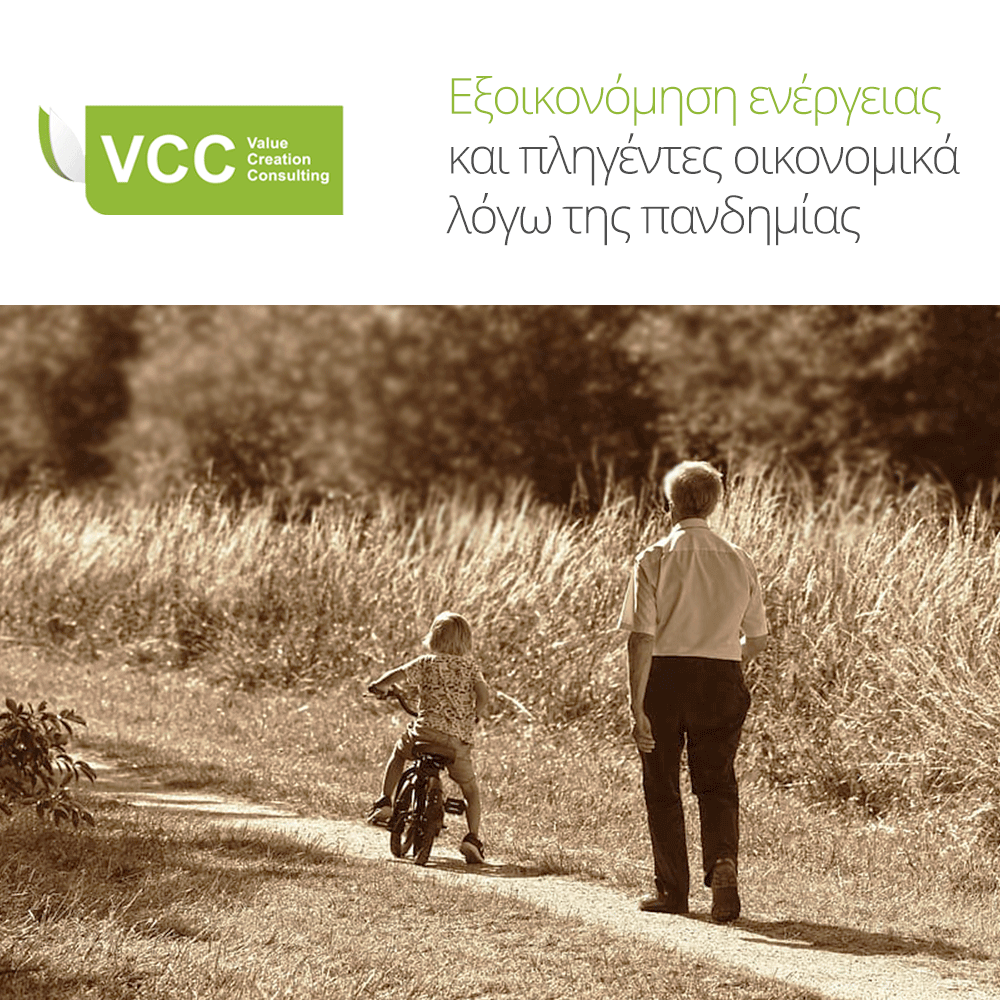 Energy savings to the financially affected groups due to the Pandemic

In a period of pandemic, obviously the health issues, the protection of the population against the exposure to the virus, the protection of human life and deaths minimization remain the first priority of all States. In addition to these, the economic hardship comes to be added as a problem, since a large portion of the population will face the degradation of its financial status, due to the serious consequences of the pandemic, and the income reduction of most households. All forecasts currently are converging for a large period of recession or deep recession in some cases, both in Europe and in the rest of the world.

Cyprus could not remain unaffected by what is happening worldwide, both in the health sector and the economy. The main goal is to collectively reduce the impact, especially on vulnerable groups in terms of health, but also in financially vulnerable groups, which will have to deal with issues such as the increased unemployment, declined incomes, financial difficulties, as well as the phenomenon of Energy Poverty that several households are already facing within the EU.

Energy poverty is defined as the inability of households to buy the energy needed for their daily activities, such as fuel and electricity for transportation, home heating and air conditioning, lighting, use of electrical appliances, etc. Unfortunately, the Energy Poverty is on a rise, mainly in periods of financial crisis, such as the one facing today due to the pandemic. It is therefore, more necessary than ever, the State measures and assistance for energy cost savings, where via energy studies and energy audits, households could reduce their energy consumption and energy costs. Obviously, an energy study or the energy audit in vehicles or buildings, are not enough as standalone solutions. For the whole process to make sense, the energy study and energy audits must be complemented by the implementation of the energy saving solutions proposed by the energy auditor or energy engineer who will undertake the project, whether the study refers to buildings or vehicles. Several solutions, such as replacing lighting with LEDS, replacing old air conditioning systems, installing automations, thermal insulation of the building shell, replacing old windows, installing shading, installing GPS systems on vehicles, optimizing driving behaviour, etc. are in many cases financially viable energy saving solutions. However, the cost of implementation cannot be adopted by many households, especially households with a reduced monthly income.

The Cyprus Government could utilised the funds available in the State Fund of energy saving and renewables, to directly assist those groups. According to the legislation, the purpose of this Fund is to strengthen and support businesses and households to save energy consumption and energy costs, through the implementation of effective energy saving solutions in the field of energy and fuel efficiency. The Energy Saving Fund could support financially the energy efficiency studies and energy audits of buildings and vehicles, required to detect energy improvement measures that could be implemented, but also to improve the energy efficiency of specific buildings and vehicles through the implementation of those solutions. Proper energy management through the installation of energy management systems (BEMS – Building Energy Management System) is a solution that Cyprus Government should also support, since metering and targeting are among the most effective methods of saving energy and fuel economy.

The Cyprus Ministry of Energy has uploaded on its website the official registry of energy auditors and qualified experts, who are certified by the State to undertake energy studies, energy audits and building energy performance certificates. The energy audit and energy efficiency study are the key components of a successful energy improvement project and should be carried out by certified energy engineers for reliable results. The energy audits and energy efficiency studies should be fully subsidized (up to 100%) of the total amount by the State, as required by the relevant legislation 31 (I) / 2009 (including amendments 53 (I) / 2012, 56 (I) / 2014, 149 ( I) / 2015). The Cyprus Government is required by its citizens to financially support the fight against energy poverty, which many households will unfortunately face in the near future due to the financial crisis, unless immediate actions will be taken.

Funding schemes for small & medium size companies announced by the Ministry of Energy in 2020, for the implementation of an energy audit and identification of energy saving and fuel saving solutions, on buildings and vehicles. The funding amount is 30% of the total expenses, with maximum amount per company to be 2000 euro.

Τhe harmonization of the Cyprus legislation (amendment of the energy efficiency laws of 2009 and 2012) with the European Directive 27/2012 is expected to be voted by the end of this month. The Directive, establishes a common framework of measures for the promotion of energy efficiency within the European Union, to ensure the achievement of 2020 targets, for 20% increase of energy efficiency, 20% reduction of greenhouse gas emissions and 20% energy production by renewable resources.

One of the main requirements of the Directive 27/2012, is the need for all the organizations which are not SMEs (Small and Medium sized Enterprises) to undergo energy audits. The deadline for this requirement is the 5th of December 2015. Due to the fact that the definition and the content of an energy audit are not strictly specified, most of the energy auditors give their own definition and content according to the project requirements. However, the Directive 27/2012 clearly defines (article 2, par.25) that the energy audit is a systematic procedure, with the purpose of obtaining adequate knowledge of the existing energy consumption profile of a building or group of buildings, an industrial or commercial operation or installation or a private or public service, identifying and quantifying cost-effective energy savings opportunities. In this respect, Annex VI of the directive specifies the minimum criteria of the energy audit.

One of the main criteria specified in the directive, is the requirement for a detailed review of the energy consumption profile of the inspected building, based on up-to-date, measured and traceable operational data on energy consumption. The energy audits shall be also proportionate but sufficiently representative, and they shall be developed (whenever possible) in Life Cycle Cost Analysis (LCCA) instead of Simple Payback Periods. Obviously, in order to achieve these objectives the energy audit could not be a simple walk-through audit. In any case, the energy audit shall comply with the requirements of the European Standards ΕΝ 16247-1:2012, EN16247-2:2014 and ΕΝ16247-3:2014.

Considering the above analysis, we would like to underline that the basic idea of carrying out a detailed energy audit, should not merely be the compliance with the needs of the directive and the harmonised legislation. We strongly believe that a qualitative energy audit will provide huge opportunities for energy and cost savings, as well as improve the carbon footprint of the audited organization, in the framework of a wider approach for environmental and social responsibility.